Do you wish to experience 'The bizarre, The sexy and The beautiful' in the same place? Then the Pretty Things Peepshow is the event for you.


Performing for the first time in London, this amazingly talented troupe has been touring the UK since July, all the way from New York. They chose the Bethnal Green Working Men's Club, renowned to host many burlesque and cabaret events, to present their eccentric production to our capital city.

Hosted by Don Vomit, a spectacular entertainer and showman, the Pretty Things Peepshow is filled with jaw dropping acts that will keep you screaming, cheering and wowing, throughout the evening. It is certainly not for the faint-hearted, as many of their acts belong to the bizarre, ghastly and eccentric.

You are taken from sword swallowing acts, to escapology, walking on glass and an array of truly outrageous performances. The Pretty Things Peepshow is a variety cabaret with dashes of burlesque. Created and founded by Go-Go Amy, a burlesque and cabaret performer, this production is truly entertaining, and for those who like a touch of burlesque with plenty of vaudeville variety, you will be delighted.

Don Vomit, the only male artist in the troupe, delivered grand performances that belonged in the realm of the world's wildest and weirdest. The audience shrieked through his acts, as he hammered a nail to his nose, shoved a sword down his throat and placed a mouse trap on his tongue…! The perfect sadist…!

Rachel Renegade, a blond, exotic siren, delighted us with beautiful burlesque, wowing the audience who cheered and raved at her tassel twirling number…! Demonstrating a panoply of some of her own freaky acts: sword ladder climbing experience, razor blades swallowing, Rachel Renegade showcased great talent in every way…! But why spoil it here, when you could experience it for yourself?

Go-Go Amy performs various burlesque acts, together with fire breathing numbers and other freaky acts of her own. The creator of this production, Go-Go Amy is a very talented show woman who looks great on stage and performs brilliantly. An act not to miss…!

The guest star of the night, Millie Dollar, performed her signature burlesque numbers. Glamour and retro elegance swayed onto the stage with her salacious acts and saucy striptease. A magnificent performance that attracted much ovation from the room.

But personally, the star of the show was Lil Miss Firefly, 'The Midget of Mischief'. Small by stature but a big star at work, Miss Firefly has a je ne sais quoi that enthrals the audience with her various breathtaking numbers…! She confessed to have taken herself to other limits, in order to leave behind some of the acts done by so many already, which gives the spectators original acts like walking and doing the splits on a bed of broken glass, swallowing a long balloon that is at least twice her size, and even a spectacular burlesque tassel twirling performance.

The audience, who was small in number, made more noise and participated with more fervour than we have witnessed at some London based shows.

The Pretty Things Peepshow is still touring the UK, so make sure you get a glimpse of this entertaining variety show.
However, if you don't catch them here, they will be touring Australia in September… Worth a visit to Aussie land…!

Their tour dates can be found on their website: http://www.prettythingsproductions.com/TourDates.html

Creative and grandly performed, the Pretty Things Peepshow has our British vote…!! 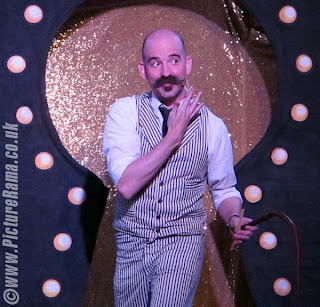 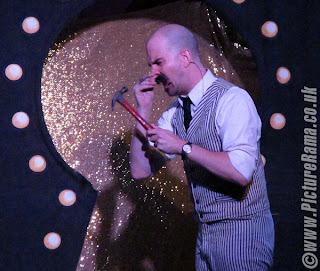 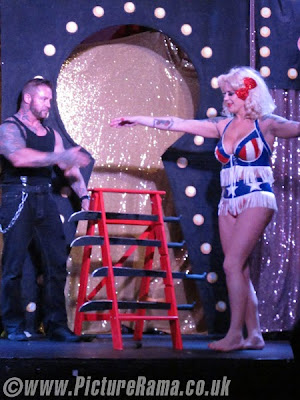 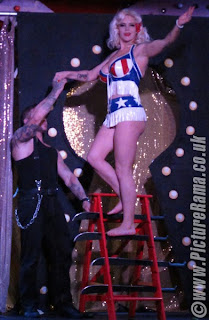 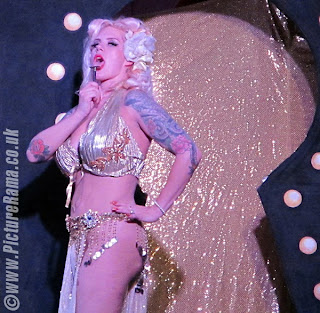 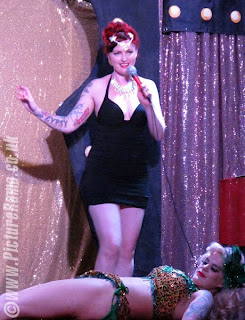 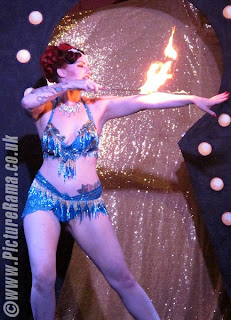 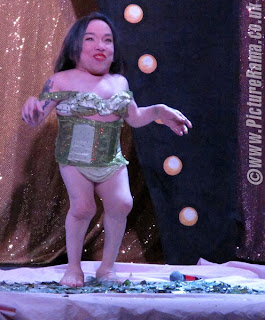 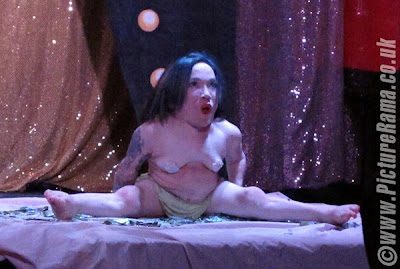 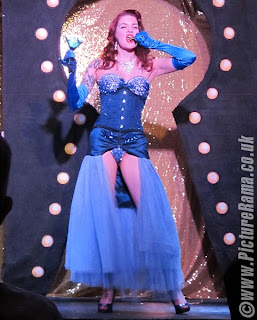 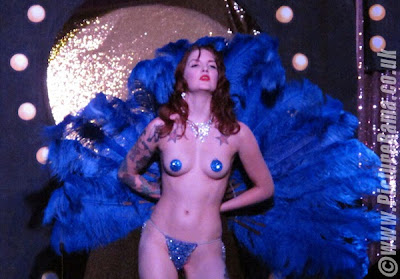